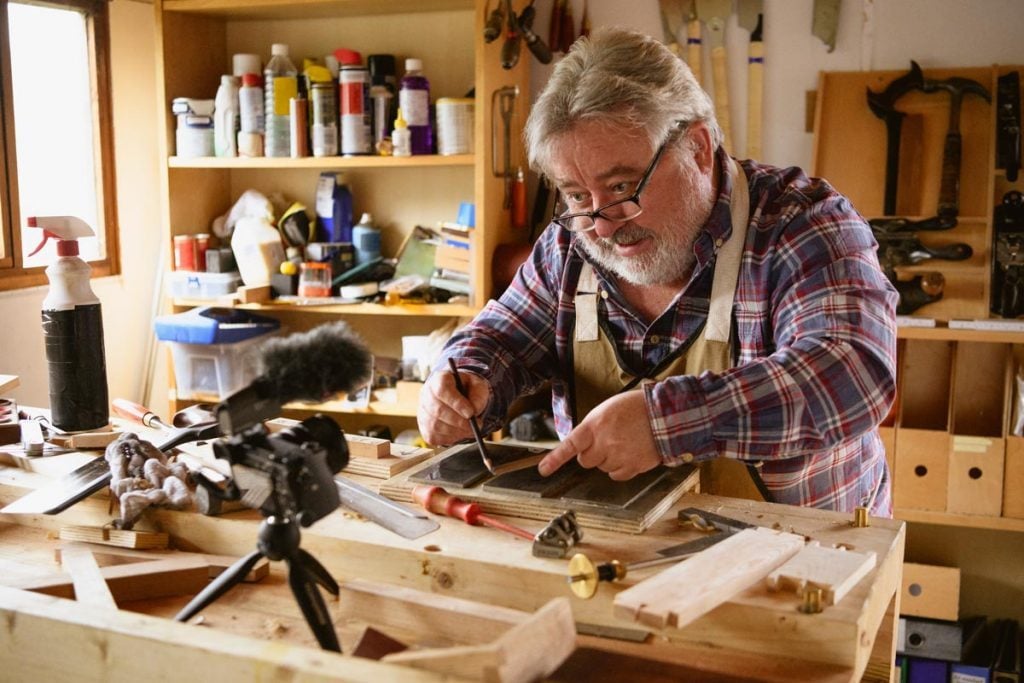 The big brains and clever devs over at Google are at it again, and this time they’re taking on the DIY community. Area 120, Google’s experimental projects lab, recently launched Tangi (pronounced TAN-gee), a social video sharing app focused on creativity and DIY projects.

“Tangi is where creative people can get new ideas and connect with other passionate people like them,” according to Area 120. “The name is inspired by the words TeAch aNd GIve and ‘tangible’—things you can make.”

The app is Google’s in-house answer to the millions of people searching for “how-to” content every month. And unlike YouTube or Vimeo, Tangi’s “60 seconds or less” format provides bite-size answers to the most common queries.

Crafting, painting, cooking, fashion and beauty appear to be the most popular subjects so far, but casual DIYers and professional craftspeople are still weighing the relevance of the platform.
Is Tangi Useful?

“As a creative business, we’re always learning,” says Mike Falahee, owner and CEO of Michigan-based Marygrove Awnings. “We have tried [Tangi] a few times for family projects …. The videos are really insightful, and short enough to be able to go back and recall any information you need.”

Falahee is not alone in recognizing the novelty of the new app. A quick perusal of the feed revealed videos on upcycling trays and vases, rejuvenating rubber mats and even adorning an old-fashioned wooden dice box with Freddie Mercury’s mug.

But questions about the long-term viability of the app for committed DIYers and craftspeople generated lukewarm responses.

“I was entertained for short moments as I looked for project ideas,” says Vicki Liston, host of HomeTalk TV and narrator of On the Fly … DIY. “[But] most of the videos were all super simple [or] rudimentary projects that didn’t jump out at me.”
Is 60 Seconds Long Enough?

Central to Tangi’s business model is its 60-second time limit for videos. Despite video’s popularity across most platforms, we know shorter is better. In fact, 68 percent of online users watch a video to completion if it’s less than 60 seconds, so Tangi’s time constraint is less arbitrary than it might seem at first glance.

Courtney Kenne is the director of operations at MyRoofingPal, an online marketplace for home improvement contractors. She says simple or small DIY projects could conceivably work on Tangi.

“The best videos are either timelapse, or confined to very short clips edited together in a way that’s still easy to follow,” Kenne says. “Especially those that lay out the requirements in the very beginning and show each step of the process …. They’re basically video versions of an instruction manual. I think there’s value in that.”

The underlying problem, however, is that most DIY projects include meticulous steps and require painstaking care to achieve results. Put simply, 60 seconds doesn’t seem like enough time to learn how to do much of anything.

“For the purposes of actually doing a DIY project, [60 seconds is not enough time]. Not at all,” she says. “When I did find something on Tangi that piqued my interest, I went to Pinterest, YouTube, or the user’s website to research further.”

Liston says she considers Tangi a good resource for idea generation and entertainment, but little else.

“Even the easiest of projects like ‘glue this pretty paper on to that wood block…done!’ would be better served by adding more footage on why to make it in the first place and how to best display or use in your decor,” she says.
Is Tangi the Right Place for DIY Videos?

Everyone we spoke to agreed there are some inherent limitations to Tangi’s DIY content. For example, the 60-second time limit seems to prioritize showing off finished projects but precludes any real learning. There are also questions around usefulness, and whether Tangi is better as an idea incubator or a marketing tool to tease visitors and drive them to one’s YouTube channel, blog or website.

Despite a plethora of pushback, all our experts plan to keep an eye on Tangi. Area 120 is, after all, the same innovation center that brought the world Google News, Gmail and Google Maps. So if it’s putting its technical prowess and pedigree of success behind Tangi, it’s worth watching what happens.