Creating a cast of characters is a challenge for novelists. It’s a balance. You need just the right number of characters in just the right roles, and if you have too many, it’s clutter. Too few and your story is narrow and skimpy, possibly not reflecting real life. A protagonist that has no friends, doesn’t engage with coworkers, never talks to family, and doesn’t really go anywhere other than one or two locales (home, coffee shop, office) isn’t a believable character.

This is where secondary characters come into play. They require just as much forethought in their creation as primary characters.

Secondary characters are important to your story but don’t hold as major a role in your story as primary ones.

Don’t get too tied in knots over categorizing every character. The boundary line between primary and secondary characters is blurry. It’s not uncommon to see secondary and even incidental characters have POV scenes—it depends on the story.

For instance, the opening of a mystery might be in an unnamed killer’s POV for just that one scene. In a sense, you might think of that killer as an incidental character if there are few, if any, moments with that character. The novel might be entirely about the investigation, and maybe the killer is found dead himself by the climax of the novel.

You might categorize your characters more by the amount of screen time they have in the story than the importance of their role. I mention in the section on Incidental Characters that Friar John has a tiny part in Romeo and Juliet, yet the entire plot hinges on his action (or lack thereof) when he fails to deliver Friar Laurence’s important missive about Juliet’s feigned death. Still, he’s an incidental character because he has very little “on stage” time.

You can examine any novel, movie, or play and break down the cast into these categories. And this can be a helpful exercise, to help you see how the writer populated his cast.

For example, let’s look at the beloved famous film It’s a Wonderful Life. 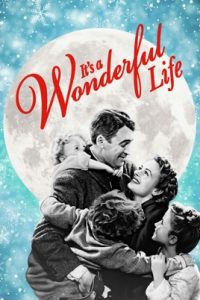 Who are the primary characters? We have George Bailey, the protagonist. We have Clarence, the “down on his luck” angel sent to help him see his worth. There’s Mr. Potter, the banker antagonist, and Uncle Billy, who accidently leaves the newspaper with the wad of money in it, which creates the huge crisis the story centers on.

There is a huge cast of characters in this drama, yet most fall into the category of secondary support cast.

George’s wife and children, his coworkers and neighbors, and local business folks. They all have little parts that are important but minor, helping add diversity and richness to the story. Dozens of townspeople collect money to help bail George out.

In my historical Western Colorado Dream, I created two sidekicks for my protagonist, and two secondary antagonists who are sent to find and kill my hero. Archie, a young greenhorn cowboy, contrasts with Tate Roberts, an experienced and thoughtful cow puncher. Both have minor parts to play in my story but important ones.

Tate provides that ally-friend that is found in most stories—one who can act as a mirror, give advice, provide a listening ear, and admonish or warn the protagonist when he’s veering off track. This is the best friend archetype. Archie is akin to the Troubled Teen archetype, which puts my hero, Brett, into the position of mentor and protector. That’s helpful to inspire empathy for my hero.,

Let’s take a look at a few passages from the brief moments Archie has on stage in my story. The first time we meet him, some older cowboys are mistreating him, which sets the stage for Archie’s role in the story and his inexperience and horrible aim, which is a fun repeating characteristic that shows up in all Archie’s scenes (and which I worked into the climax as a useful, funny plot element).

Here’s the passage in which we meet Archie:

Brett could tell right away these fellas were giving the kid grief, and the poor fella didn’t have the guts to stand it. He looked like a lost calf stuck in a thicket and about to wail.

“Well,” Roberts said cheerily, slicing through the obvious tension in the air as he sidled up to the tenderfoot. “Who do we have here?” Roberts kept that narrowed gaze on the two punchers even though his voice sounded jovial. The fellas, who’d been up close to the trembling kid, took a couple of steps back, and their tense stature relaxed. The kid sucked in a big breath, and relief lit his eyes as if he’d just been rescued. Maybe he had, Brett thought, sizing up the two fellas before him.

“I’m Archie,” the kid said in a rush. “Archie Halloran, from over Loveland way.” A band of bright freckles streaked across his nose, and Brett could tell he’d recently had his hair cut—probably at a barber shop. The kid looked squeaky clean, and Brett wondered how he’d gotten hired on here. Maybe some kid of a friend of Miz Foster’s needing a job.

“Nice to meet ya, Archie,” Roberts said. “I’m Tate Roberts. This is Brett Hendricks.” He nodded at Brett. “And I s’pose you’ve met Ned Handy and Rufus Shore.” The tenderfoot nodded, and Brett saw fear flare up in his eyes.

We also meet Tate Roberts around this same time, and by putting both sidekicks in most of the same scenes together, it economizes and tightens my story.

Here’s a later moment with Archie and Brett. My purpose in this brief moment, which is the start of a scene that segues into something more important, is to again show Brett’s good qualities (which are needed to offset his bad ones). Archie’s moments provide light, comic infusion into an overall serious story. I always like to have one character, at least, who serves this role in my serious dramas.

“See, hold yer hand steady—out here, like this.” Brett took hold of the kid’s arm, standing at his shoulder, and straightened it so that the pistol lay in a line of direct sight from Archie’s eye to the tin can on the fence. “Ya can’t have your gun hand loose like a noodle, floppin’ hither and yonder.”

Archie heaved a sigh while narrowing his eyes and setting a bead on the target. “I know, Brett. Listen, ya know the safest thing around me is the thing I’m aimin’ to shoot at.”

Brett chuckled and released his hold on the kid. It was those bruises spattered on the kid’s forehead from his Colt.45 six-shooter recoiling in his face that led Brett to take him aside for some mighty needed shooting practice.“ Well, like they say: ‘practice makes … uh … better.’ Suck in a breath and hold it. There ya go.” 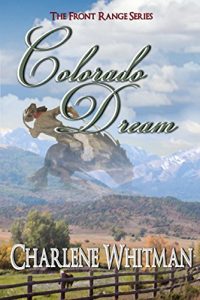 The powder exploded, and the ball whistled across the yard. Archie scowled and dropped his firing arm. “Dang it all. I missed by a mile. Agin.”

Brett clapped him heartily on his back. “But ya didn’t smack your face—that there’s a fine improvement, don’t ya think?”

Archie fumbled with swinging open the chamber and stuffing more bullets in from his pouch. “I reckon.” He sounded downright despondent.

“Well, keep at it. Oh, and if ya see any horses come wanderin’ through the pasture, hold off shootin’ till they pass. I don’t reckon the boss will take kindly to you killin’ his animals.” Brett was joking, but Archie nodded solemnly. His face was clouded with trouble.

“Hey,” Brett said. Archie stopped messing with the pistol and turned to Brett. “Those punchers botherin’ you?” Ever since those two—Handy and Shore—played that dangerous prank on the kid with that heifer, Brett’d been keeping one eye on him. But what with all the busting Brett’d been busy with—he and that good fella Tate Roberts—he hadn’t had time to pay Archie much mind. The kid was gonna have to learn fast to keep watch and stand up. Archie shook his head, but there was no mistaking the worry in his eyes.

“Listen,” Brett told him. “You gotta have the guts to stand the life of a cowboy. Like the boss said: ‘Make good or make tracks.’ You’re young—and ripe pickin’s for the likes of Handy and Shore. Just keep close to my flank—or Tate’s. In a few days we’ll be dumpin’ our blankets and tricks at the chuck wagon, and you c’n make down with me and him. The punchers are gonna rough you up some, but most of it will be good humored. So don’t get over-sensitive about it. A tenderfoot’s always gonna be the brunt of jokes, so try to laugh good-naturedly about it. But keep an eye out for them two. I c’n tell they’re nothin’ but trouble. Every outfit’s got one or two bad apples.”

At the climax of the novel, we again revisit Archie and his ineptitude with a gun. But he helps Brett save the day and becomes a hero in his own right.

All eyes swiveled around to see Archie Halloran—the kid who couldn’t hit a cow in the middle of a stampede—holding Brett’s own long-barreled Colt, smoke twirling from the muzzle. Archie’s hand shook like a dried-up leaf clinging to a tree in a gusty wind, his eyes as wide as saucers.

Roberts took Orlander by the arm and yanked him to his feet. The rancher stood, hunched over, hugging his shot hand to his chest, blood soaking into his starched white shirt, a dark-red bloom spreading across his chest. The fella’s face was pale and stricken with a look Brett couldn’t suss out. It almost looked like remorse.

Foster seethed, his face almost purple with rage. But instead of chewing out Orlander, he turned and walked over to Archie, shaking his head. With his thumb and pointer finger, he plucked the Colt out of Archie’s hand—all eyes fixed in shock upon the tenderfoot who had just saved Brett’s life—especially the punchers, who knew Archie’s lack of aptitude for hitting a target. Foster gave the kid a nod of approval, a grin tugging at the sides of his mouth, before he turned back to deal with Orlander. Brett shook his head, still unable to believe what’d just happened.

“Archie, I’m astonished at how you managed t’ knock that gun outta Orlander’s hand,” Brett said, patting the shook-up tenderfoot on the shoulder. “Not many cowboys c’n hit a mark like that on a quick draw.”

Archie’s face turned blotchy with embarrassment. “I … I was aimin’ fer ‘is chest.” The downtrodden look on Archie’s face made Brett chuckle. The other cowboys in the room burst out laughing and called out Archie’s name with whoops and hollers. Archie’s eyes lit up with a crooked grin. The kid sure had gumption.

Want to share something about your secondary characters in the comments? Please do!

Switzerland’s St. Moritz has long revelled in its reputation as the premiere destination for royalty, …
Home Improvement Videos
More