Home
Gardening
Gardening Blogs
What Is Chickweed and How Do I Get Rid of It? 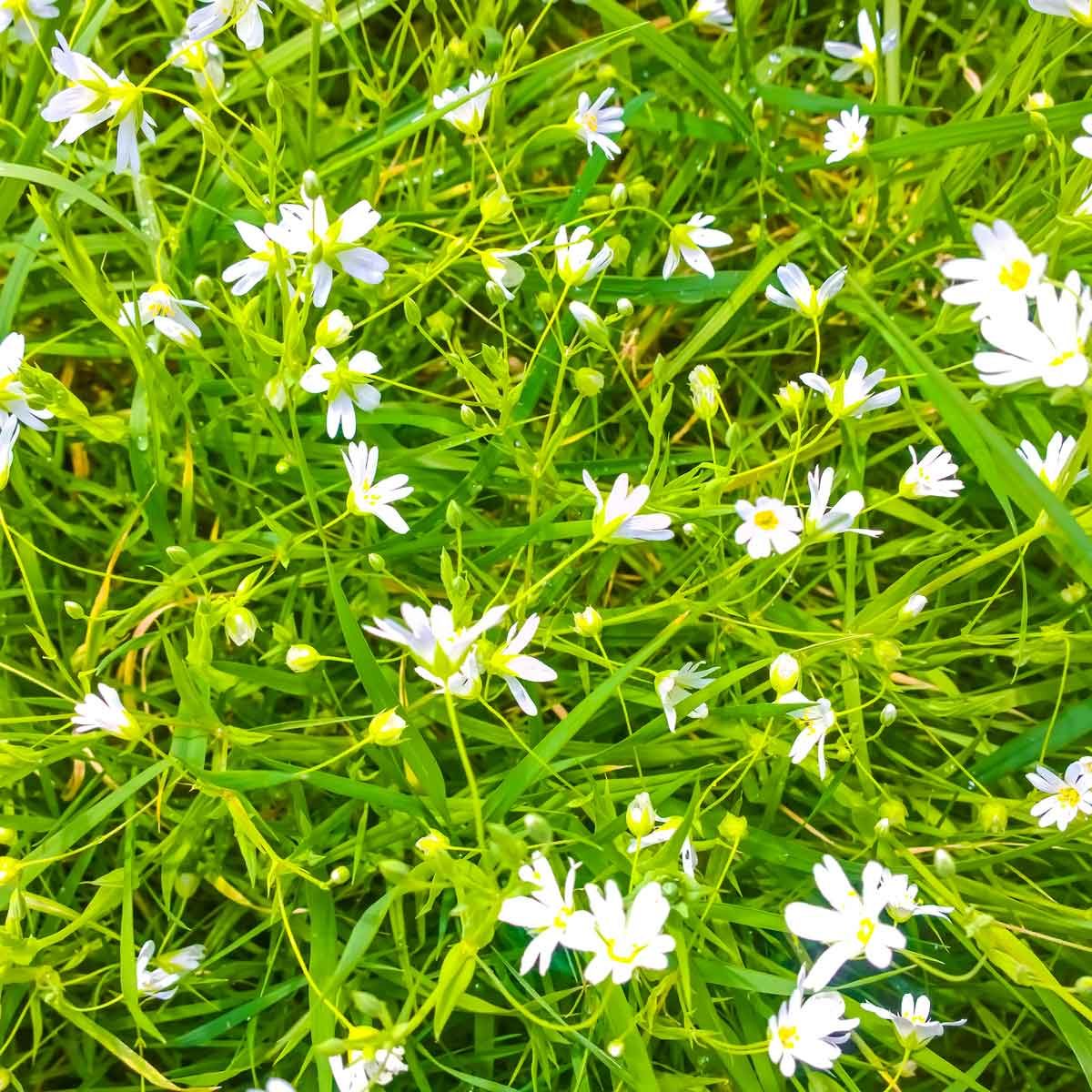 Everything You Need to Know About Chickweed

Chickweed is so adaptable it can be found in all lower 48 states. Many homeowners want to know how to get rid of it. But before tackling that, consider this: Chickweed is edible! Its leaves and flowers can garnish a salad or supplement recipes as a nutritional boost. Add it to stir-fry vegetables or pesto. Or, how about buttered chickweed as a side dish? No? Okay, back to how to get rid of it.

Common chickweed is an annual weed, living for only one year. It emerges in mid-to-late summer and completes its life cycle the following spring. Before it dies, each plant produces thousands of seeds that will germinate later that summer. This starts the cycle over again, thereby perpetuating your frustration.

Its cousin, Mouseear chickweed, is a perennial, meaning the same weed continues to grow year after year. If ignored it will continue reseeding itself, producing “offspring” that will help it spread. It can also produce new roots at each node (the point where the leaf meets the stem) when the stem meets bare soil. It is lower growing than common chickweed, which makes it more of a challenge to remove by hand.

Common chickweed forms small mounds in your lawn about three to eight inches in diameter. It forms small, delicate, daisy-like, white-to-pink flowers in the spring. The leaves are shiny and oblong with a point at the end.

Mouseear chickweed can be distinguished from its cousin by its elliptical, dark-green, hairy leaves. The leaf hairs also make it feel sticky. It grows in dense, compact patches and produces small white flowers with five petals.

Why Do Lawns Get Chickweed?

Damp soil will encourage the growth of common and Mouseear chickweed, so watch your watering practices. Dial back your irrigation if chickweed appears. Common chickweed is often found in shaded areas, especially around tree mulch skirts.

Mouseear chickweed can be found in shady and sunny areas. Like all weeds, Mouseear chickweed will quickly invade thin, malnourished grass, so keeping your lawn healthy, thick and vigorously growing is a must. Don’t mow too low. This stresses your lawn and gives weeds an invitation to visit!

How Do I Get Rid of Chickweed?

There’s no easier weed to pull by hand than common chickweed. It is a bunch-type weed with a shallow root system that begs to be pulled.

As an annual weed, it can also be controlled by a product such as Scotts Halts Crabgrass & Grassy Weed Preventer in late summer before it sprouts. For those who prefer a more natural weed control, corn gluten meal, sold at many garden centers, can also be applied in late summer.

Traditional broadleaf herbicides such as Gordon’s Speedzone Lawn Weed Killer (one of my favorites) will also do the trick when applied as weeds are actively growing. It cleans up a broad spectrum of other broadleaf weeds, too. Be sure you follow the labeled rates when using all herbicide products.

Because Mouseear chickweed is a perennial weed, a broadleaf herbicide such as Ortho Weed-B-Gon or Gordon’s Lawn Weed Killer will yield the best results. Horticultural vinegar such as Green Gobbler Vinegar Weed & Grass Killer provides a natural solution.

Removing Mouseear chickweed by hand is difficult because it is dense and low-growing. However, like common chickweed, it has a shallow root system so it may be worth a try. Try digging it out with a spade if you have pent-up energy to burn.

Mosquitoes are probably the most hated insect of them all. Not only are they loud, …
Gardening Blogs
More

With all the dried floral arrangements we’ve featured in weddings on GWS, it’s no wonder …
Gardening Blogs
More