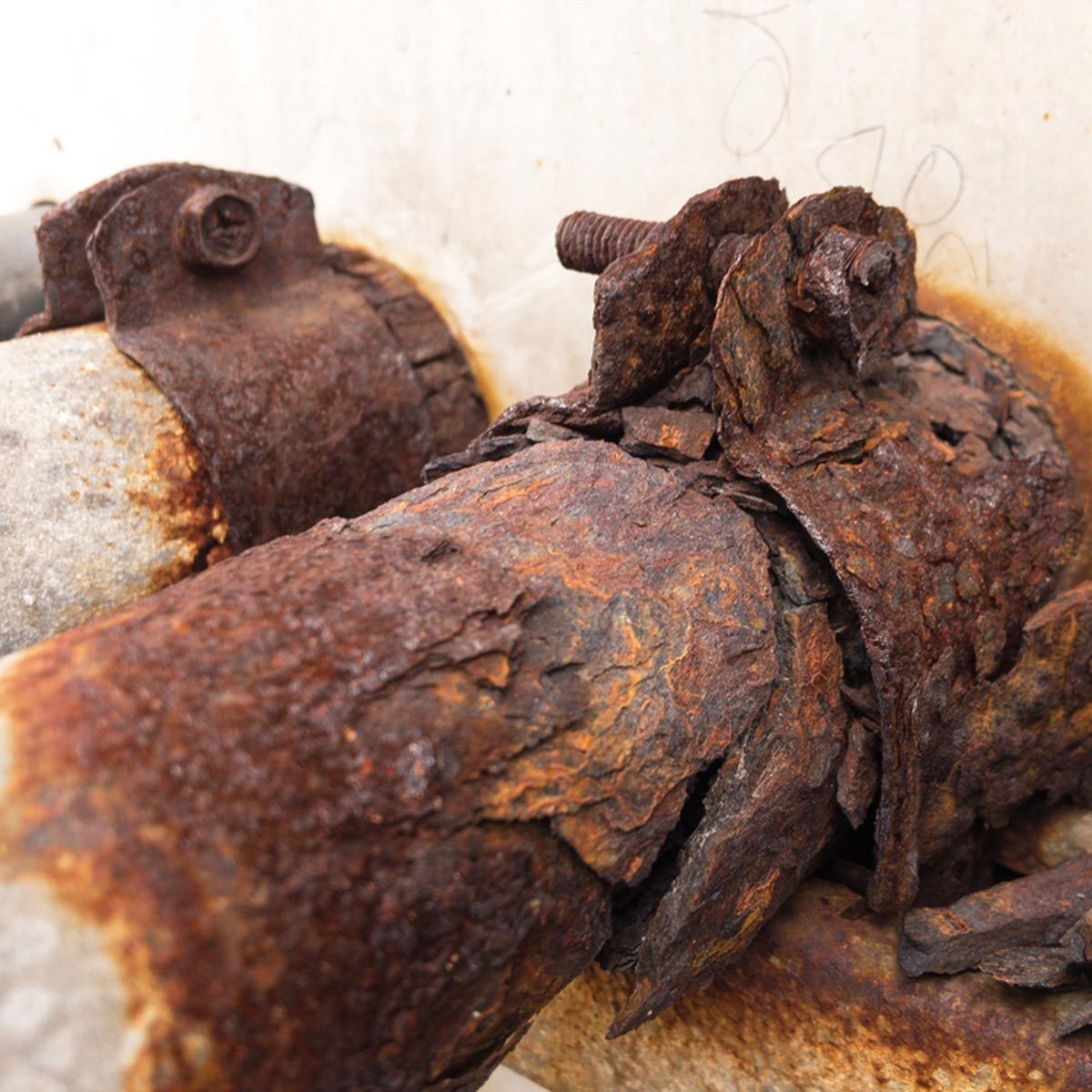 What Causes Rust to Form?

You know rust because it wreaks havoc on your bike, shower curtain rod and iron patio furniture. But why? Let’s do some rust busting…

We know that unsightly and often messy reddish- or yellowish-brown flaky coating on some of our favorite metal kitchen, garden and workshop tools and toys all too well. But to really understand it, you have to break down the science of it.

Rust is the result of a reaction called oxidation in which iron reacts with water and oxygen to form hydrated iron (III) oxide. Essentially, the metal is naturally returning to its unrefined state. Learn how to remove rust with electrolysis.

Because iron and oxygen have opposite charges, they gravitate toward each other. But this results in iron losing electrons to oxygen atoms (oxidation), and the result is that flaky coating.

The process can be sped up various ways (and ones that you should learn to avoid!), like nature’s minerals, chemicals and temperature fluctuations. That’s why, for instance, leaving a bike or gardening tools outside instead of in the garage is a bad idea.

How To Prevent Rust

Because allowing iron, water and oxygen to come in contact creates the unwanted reaction that can harm your stuff, it makes sense that the best way to prevent it is to keep them apart.

Along with ensuring you keep your favorite metal stuff inside when not in use, you should also make sure it is completely dry when storing it away. Another tip is to use spray-on wax and oil coatings for your tools and toys.

Plus, here’s how to remove rust from concrete.

How To Reverse Rust Formation

If you do get rust on something, don’t fret just yet! You can reverse the reaction by using lemon juice (citric acid) or vinegar (acetic acid).

The Farmers’ Almanac also suggests using potatoes, especially for de-rusting your knives. “Sprinkle a little salt or baking soda onto the potato and then rub it over the rust spot, or just insert the knife into a potato and let it sit. The oxalic acid in the potato helps to dissolve the rust.”

Do you have some rust on your car? Here’s how to repair rust on a car.

You might find mold on houseplant soil after bringing your plants in for the winter, …
Gardening Blogs
More